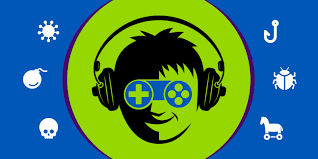 In gaming, there are many ways for a gamer to earn money. However, not all of them can pull it off. Only some can actually get far when pursuing this career. Some of these players are pros who have mastered their specific games. There are many ways for them to make a living be it on Gank or through streams.

There are a lot of people out there who could definitely use some help in their gameplay. Some have trouble ranking up because of unreliable teammates while some keep getting their butt whooped by the same boss or enemy again and again. This is where pros come in. Pros can create an account on gamer platforms like Gank and have people hire them to lend a helping hand.

You can ensure that they never or very rarely experience a loss. Pro players can help buyers on Gank achieve their long-desired ranks in many available games. Playing solo is tough, so having a pro player by your side will definitely help buyers heave a sigh of relief. You could also teach them how to get better but that’s an entirely different job.

Being a coach not only means you have to be good at a game, you have to be a good observer as well. You have to know how to see things other players can’t see. Know your clients strengths and weaknesses and teach your client how to take advantage of those. Not everyone simply wants to increase their rank or have someone do all the heavy lifting in missions for them. Some also want to get better themselves. This is what coaches are for.

A coach should know what certain items are for, which heroes, champions, or characters those items are best for, how to counter certain characters, which of them are in the current META, and so many more to put in mind. As you can see, being a coach isn’t easy, but you get the satisfying feeling of watching your client/student decimate the enemies or bosses once they become better under your supervision.

It is one of the oldest and most traditional ways for gamers to earn money gaming. You don’t get people to hire you to play with them but instead, you become your own boss. You can upload your gameplays, playthroughs and guides of different games which could help those who are stuck at a certain part of a game. It also works for online games as well.

You can record your ranked games and show how you play and give pointers on how to become better at playing. You can give them more info about how to cut lanes, the most efficient farming route, best items to build, etc. You could also show the weaknesses of a certain boss, where to target it, and how to beat it.

You could also do speedruns if you’re good at a game. Just look up how many videos there are of people speedrunning difficult games like Dark Souls, Resident Evil, etc. These pros have played through the game enough times to have memorized and come up with the most efficient routes to go to and which parts you should skip.

If you’re a pro looking to earn some green, there’s many ways for you to do it. You could become a streamer, or go to Gank and meet new people and become their carry, coach, or maybe just a friend to invite to battles. It’s up to you.