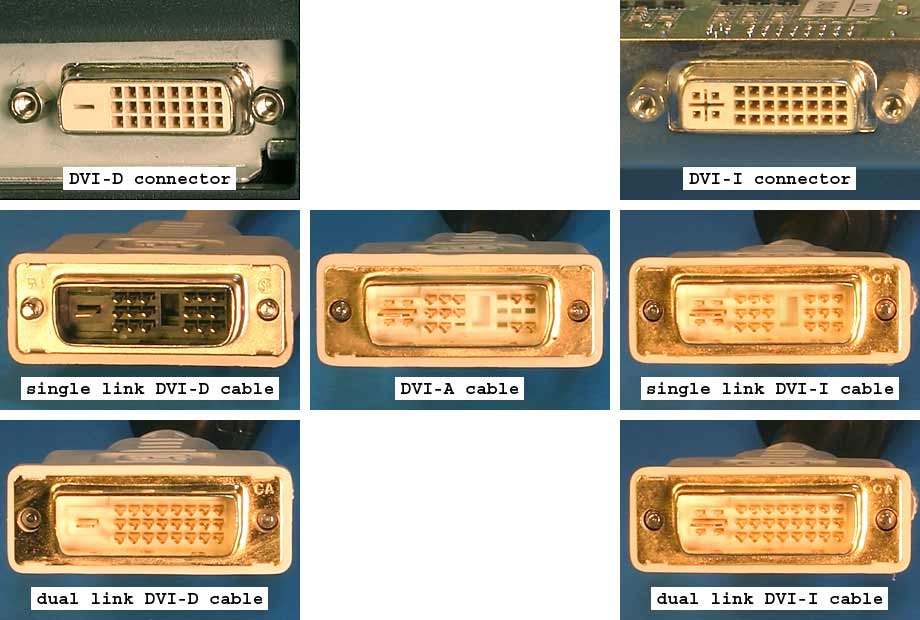 The full-form of DVI is the Digital Video Interface which is a video display technology like the VGA and HDMI. There are basically three types of DVI connectors such as DVI-A where the A stands for Analog, the second is the DVI-D for Digital, and the third is the DVI-I which stands for integrated. The DVI-A, DVI-D, and the DVI-I are further divided in to two types namely the single-link and the dual-link as per their data rates. Get into PrimeCables.cato avail the best DVI-A, DVI-D, and the DVI-I connectors and cables.

The DVI-D to DVI-D single-link cable is the safest choice of the users for connecting a DVI video card to a DVI monitor. On the other hand, you have to use a dual-link cable if you have your card and monitor closer to state of the art. However, in most situations, both will work appropriately. But if you have a properly designed DVI-D connection and wish to use DVI-I cable you will not able to plug-in the cable. You have to use the DVI-D cable for connecting the DVI-D connection though you may have the DVI-I device for the display.

If you are using an old monitor and wish to ensure that you are using a digital connection, you should use the DVI-D cable. Similarly, the monitors with DFP connectors should use DVI-D to DFP cable whereas you may not be able to directly connect the DFP or DVI-D to VGA because in order to do that you need to convert the Analog to Digital signal.

The DVI-I contains both DVI-D and DVI-A which means it contains both digital as well as Analog within one cable. On the other hand, the DVI-D is the digital-only connection like the P&D-D or DFP. In the case of both the devices connected and are compatible in resolution as well as support a digital DVI connection by using a DVI-D cable, you can be sure that you are a digital connection instead of the Analog connection. As far as DVI-A is concerned, they are rare. In this context why should one use DVI when you have the VGA which is much cheaper?

The DVI has both single as well as dual TDMS or Transition Minimised Differential Signalling links. Each link further contains three data channels for the purpose of RGB information with 165 MHz bandwidth which is equal to 165 million pixels per second. The dual TDMS links provide bandwidth for 2048 x 1536 resolution. On the other hand, the single link provides 1920 x 60 Hz.